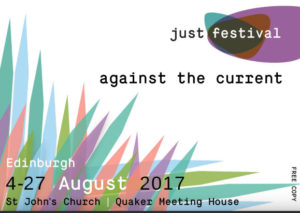 2017 edition of Just Festival was held under the theme #AgainstTheCurrent. We hosted conversations, talks and performing arts events that present people, movements and ideas that challenge(d) the status quo. We reflected on the three historic events and their anniversaries: 500 years since the Protestant Reformation, 100 years since the Balfour Declaration and 70 years since India declared its independence.