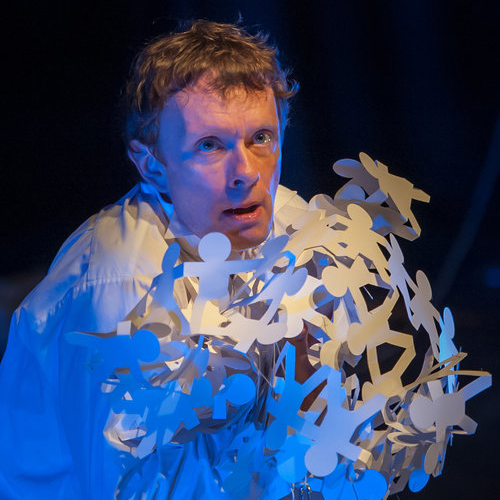 Something is going very wrong for Leopold Bloom, the hero of James Joyce’s great novel ‘Ulysses’ and a worldwide phenomenon.

He is plagued by visitations from the future, ghosts from the past and the burning question ‘Who am I and where do I belong?!’ His only clues lie in the 24 hours of life he occupies on 16 June 1904, as written for him by Joyce.

So to discover the answers, his answers, Leopold escapes the pages and confines of his famous book, embarking on a rampage through the storm of 20th century European history. Bounding back and forth through time and crossing Europe he attempts to discover his true identity and his Jewish roots. In doing so he bumbles into the dark heart of the 20th century and the dangers that lurk within.