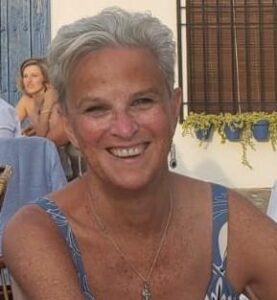 Dr Lesley Orr is a historian and activist for gender and social justice, and an honorary fellow of the Centre for Theology and Public Issues, University of Edinburgh. Her current research interests (all with a focus on 20th century Scotland) include war resistance and peace movements, the history of Women’s Aid, and the historical relationship between faith, religious institutions and feminism. She teaches on the gendering of religion, violence and peacebuilding, and is currently working on a biography of Red Clydeside war resistance leader Helen Crawfurd. She has extensive experience of working in NGOs and the public sector, including the Scottish Government. Lesley has had longstanding involvement in movements to challenge gender inequality, violence and abuse in faith communities and wider society. She was consultant to the World Council of Churches Decade to Overcome Violence 2001-2010, is engaged in initiatives for active citizenship in Scotland and a longtime member of the Iona Community, which is committed to action for just and sustainable peace. She chairs Stellar Quines, the intersectional feminist theatre company.