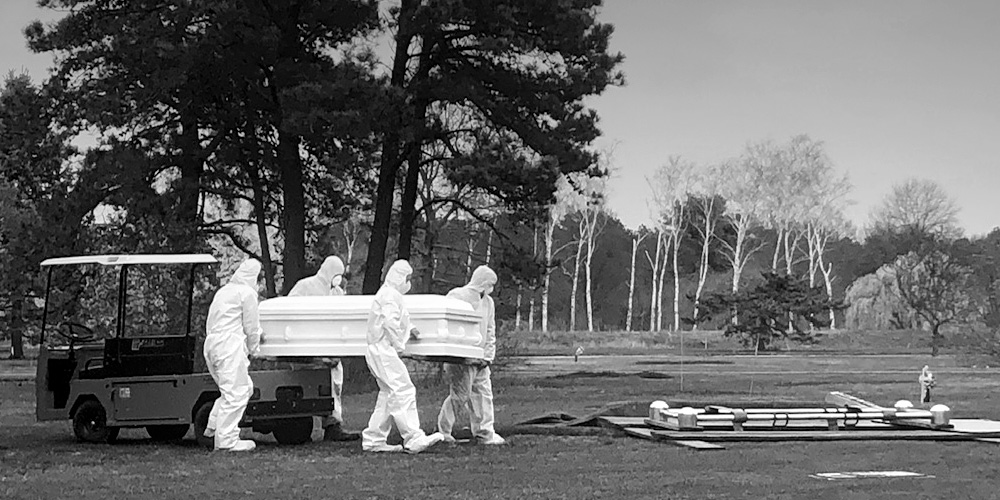 Join us for the world premiere of No Alleluias, Requiem for 2020 commissioned by Just Festival.

This is an online live streamed performance.

No Alleluias: A Requiem for 2020 takes us on a musical journey from despair to hope. No Alleluias: A Requiem for 2020 is inspired by the raw and moving personal experience of loss and illness as described by Rev Dr Karen Georgia Thompson. This new choral commission pays respect to the extraordinary experience we have had during the pandemic and features the beautiful voices of of the City Centre Churches Together Choir and joined by our online Just Festival Chorus.

This event is a chance for us to share a short time together in memory of the pain, the exhaustion and ultimately celebrate the resilience of the human spirit. The pandemic showed us the irrelevance of our borders and reminded us of our global interdependence and the indivisibility our of human experience.

Music Composed by: Anthony Hammond (b.1977)
English words by: Robert Rae (inspired by the writings of the Revd. Dr. Karen Georgia Thompson)
Latin words from the ‘Missa pro defunctis’

“Covid-19 has changed and redefined our world, and how we relate to each other, in ways that were unimaginable beforehand. As a musician who has worked extensively improvising music for films, I have long been fascinated by music’s being a language that can convey emotion, feeling and meaning often more directly and immediately than words alone can manage. I had been speculating on a composition that somehow responded to the pandemic when I was introduced to Robert Rae, and to Karen Georgia Thompson’s writings. I wanted to compose something that was both of its time and also timeless, and Robert shared that vision. The idea to make the work a Requiem evolved in the course of composition. Initially the intention was for brief excerpts from the Requiem texts to provide structure and punctuation, but gradually the work began to talk back to me and I felt it pushing harder and harder to be a Requiem proper. The resulting juxtaposition of Robert’s new poetry with the ancient texts of the Requiem Mass is, I hope, a good blend of the ancient and the modern, the timeless and the timely. I hope that it enables the listener, in some way, to see that no matter how confused and confusing our experience has been, one day we will see a context to what has happened and know that what we learned benefited humanity somehow.”

“At Just Festival 2020 I was profoundly moved by Reverend Karen Georgia Thompson’s honest and poetic description of her experience of the pandemic, following the sudden death of her father due to COVID19, his burial, and then her own experience of the illness. So, when discussing with festival director Helen Trew the possibility of a Requiem to commemorate the pandemic Karen Georgia’s testament came quickly to mind. Working with Anthony (Hammond) we explored how best to adapt the traditional Requiem to incorporate the sentiments of Karen Georgia’s “No Alleluias” and her refusal to confine her experience to the spiritual realm while remaining insistently focussed on the collective human needs, particularly of her own working class and Black community. I wanted to reflect this and my own response to the pandemic in the final movement of the Requiem by calling for the dead of the pandemic to be remembered by the old socialist rallying cry that paradise be built here on earth.”

Based on original writing by The Rev Dr Karen Georgia Thompson

“On this resurrection Sunday, I am thankful for life. I am different having wrestled with COVID-19 with my family and made it through my own illness. For this I grieve. I am different, having lost another parent and now, as wellness comes back, so does the pain of loss. We are all different.” 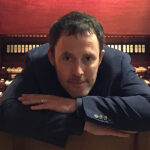 Dr. Anthony Hammond is a critically acclaimed English concert organist, composer and musicologist. His principal organ studies were with Roger Fisher and David Briggs in England, and with Dr. Naji Hakim in Paris. As a performing and recording artist in Europe and the USA he is known particularly for his specialism in French Romantic and 20th century organ music, and as an improviser.

He has recorded a number of CDs both in England and France for English, German and American labels (Priory, Ifo Classics, Raven), has broadcast on radio in the USA and for the BBC, and is in increasing demand for his improvised accompaniments in concert to classic silent movies.

As a musicologist he writes extensively on organ music, publishing in many leading journals. His book on Pierre Cochereau, one of the 20th century’s greatest French organists, grew out of PhD studies at the University of Bristol and was published worldwide in 2009 by the University of Rochester Press, New York. He has transcribed a number of Cochereau’s improvisations from the original recordings, and the scores of some of these are published by J. Butz Musikverlag, Bonn. He is currently engaged on a project to record the complete organ works of the little-known 20th century French composer Léonce de Saint-Martin.

His church career has included appointments at Chester Cathedral, the church of St. Mary Redcliffe in Bristol, Bristol Cathedral, and Cirencester Parish Church where, in addition to his work as Director of Music and Organist, he is also the founder and artistic director of the Cirencester International Organ Festival. Anthony came to live in Scotland In May 2019,  through a contract as Director of Music & Organist at St John the Evangelist, Princes Street, Edinburgh. He is currently composing new work. 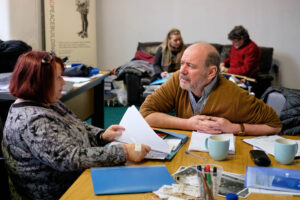 Robert Rae is one of Scotland’s leading theatre and film director and writers. He chooses to develop his work through socially engaged practice that aligns with his own political and activist commitments. His expertise has taken him all over the world sharing and developing his methodology. His career spans over 30 years during which time he was Producer for 7:84 England, Artistic Director and CEO of Theatre Workshop Scotland for 18yrs which changed the landscape in Scotland for disabled artists in  particular, International Artist in Residence for The Playhouse, Derry, Director for his own theatre company OurLand Productions and is Co-Director of Art27scotland which is part of the national Culture Collective programme focussing specifically on arts and human rights. 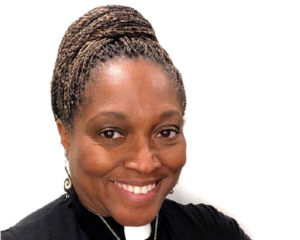 The Reverend Doctor Karen Georgia Thompson, Associate General Minister, Wider Church Ministries and Operations Co-Executive for Global Ministries. Rev. Doc Karen Georgia is an inspiring preacher and theologian, who shares her skills and gifts in a variety of settings nationally and internationally, often using her poetry as a part of her ministry.

She is a gifted writer and poet. Her book of poetry Drums in Our Veins, published in 2020  is a compilation of poems that focus on the injustices facing people of African Descent and the fight and desire for racial justice globally. Born in Kingston, Jamaica, her poetry and writings reflect her Jamaican heritage and culture as well as the traditions and lore of her Ancestors.

Karen Georgia earned a BA from Brooklyn College in New York; a Master of Public Administration from North Carolina Central University in Durham, NC; and a Master of Divinity from Union Theological Seminary in New York. She also studied Public Policy at Duke University and earned her Doctorate in Ministry at Seattle University.

She is the mother of two sons – Everette and Patrick and has three grandchildren – Giovan, Elijah and Sara who are affectionately named by her as Peanut, Pumpkin and Pepper. 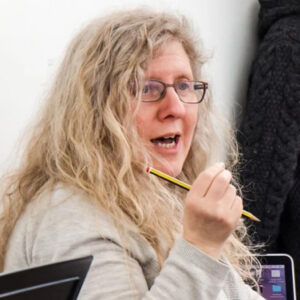 Engagement, in some form, is at the heart of the myriad of activities that define her career. Her musical style, in both singing and writing, draws from both the worlds of jazz and folk and embraces ‘anything else that works’. Although based in Perth, she works between Scotland and Ireland on her various projects and performances.

Her work as an artistic director and producer has resulted in leading on many large scale national events such as Remembering Loos – a national remembrance ceremony at Caird Hall in Dundee commemorating the Battle of Loos; Fusion – a celebration of community arts in Perth as part of the Perth City of Culture bid; and Holocaust Memorial Day where she was programme director for the National Event and supporting education programme.