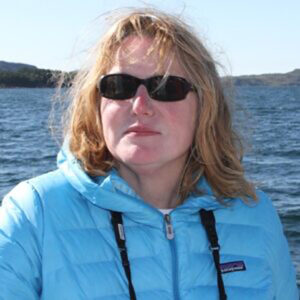 A retired epidemiologist with degrees in medicine and public health from the University of Toronto and Cambridge, Heather began a second career as a free -lance writer and editor of intellectual and cultural history. More recently she co-edited Woodlanders a project conceived and developed by Reforesting Scotland to promote its vision for a restored landscape supporting a woodland culture together with being a co-curator of the RBGE’s exhibition From Another Kingdom: The Amazing World of Fungi.

A Christian pacifist, Heather has been a lifelong peace activist involved in both the Catholic Worker and Plowshares movement. She is also deeply committed to our stewardship to care for the earth and the poor and to the Global Catholic Climate Movement. Heather’s many loves include gardening, the arts, cooking and sharing ideas with friends. She lives in the Scottish Borders with her Japanese husband, Shoji, two cats, seven hens, and a hedgehog family surrounded by a mini bird sanctuary.