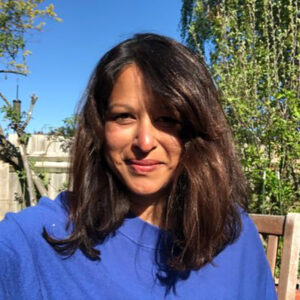 Jini Reddy is the author of Wanderland, shortlisted for the Stanford Dolman Travel Award and for the Wainwright Prize. She has contributed to three anthologies including Women on Nature, penned a guidebook, and her texts and poems have been displayed in exhibitions at London’s Southbank Centre and at the Royal Botanic Gardens, Kew. As a travel writer, she has written widely national press and in 2019 was named a National Geographic Woman of Impact. Jini holds an M.A in English Literature from Avignon University, France and a B.A. in Geography from Mcgill University, Montreal. In her work, she occupies a cross-cultural, cross-genre space where place, spirituality and culture meet. Jini was born in Britain to Indian parents from South Africa, and raised in Quebec, Canada.