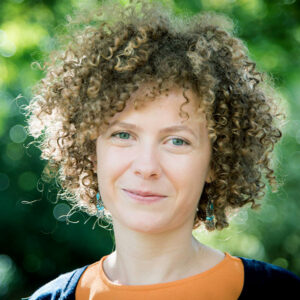 Leila Sinclair-Bright is an artist and a social anthropologist. Born in the UK and raised in Zimbabwe she has always moved between cultures and places. Between 2012 and 2016 she completed a PhD in social anthropology at the University of Edinburgh. Her thesis focused on the topic of ‘belonging’ in the context of Zimbabwe’s controversial land reform program. Primarily she examined the social politics around land ownership and authority in new resettlement areas – formerly large, singular farms owned by white farmers. What, she asked, does it mean for a person to claim to ‘belong’ to a place? Her work on Zimbabwe has been published in academic journals as well as in the London Review of Books and The National. Following her PhD she worked as a lecturer in human rights and began a series of mini-film festivals on the topics of patriarchy and human rights. In 2019 she moved on from academia and now works in children’s theatre productions as well as teaching various courses at the Edinburgh College of Art. She is also a collage artist and a gardener with a life-long interest in film.