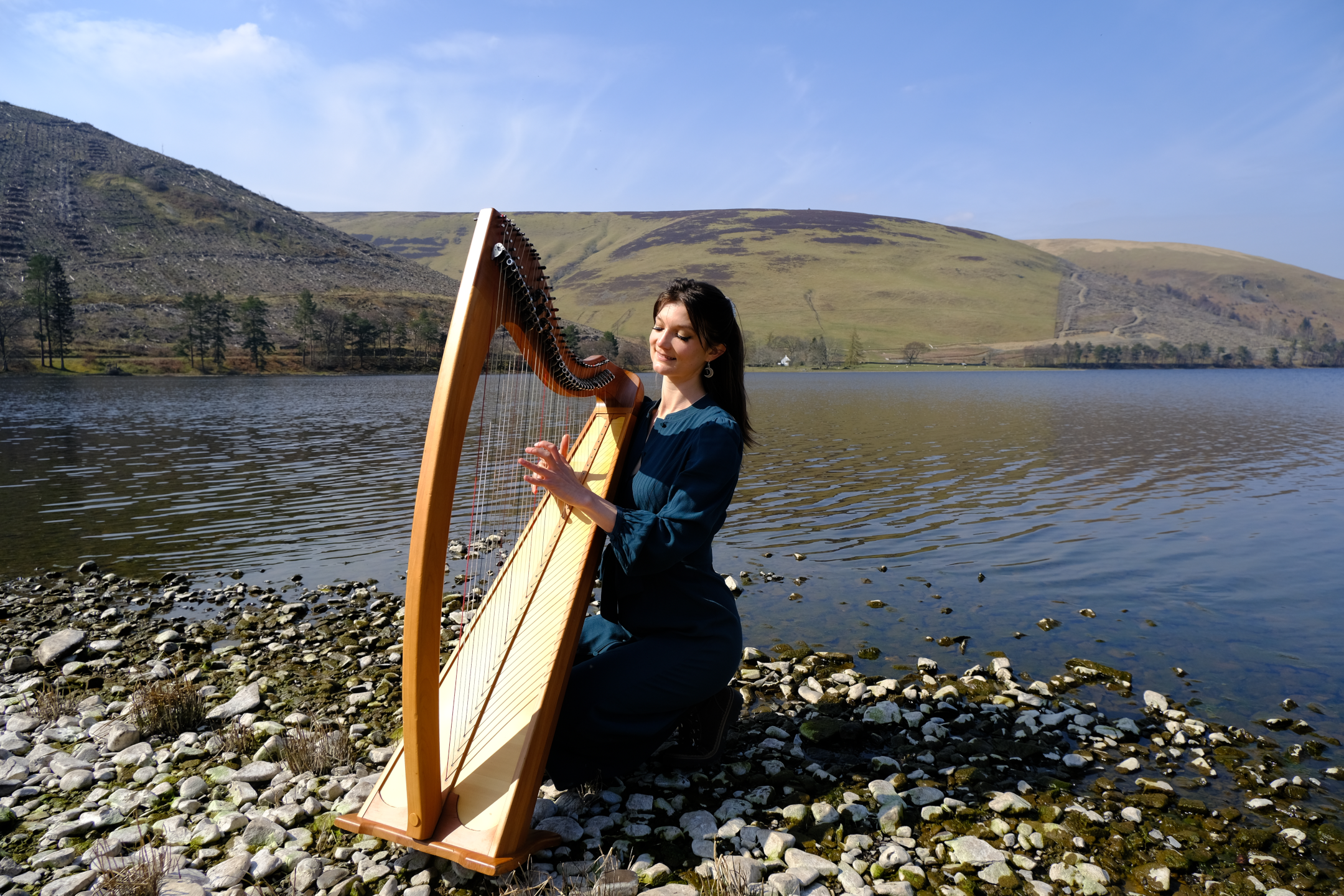 Siannie Moodie plays the clàrsach, or Scottish harp, a wonderfully versatile and soothing instrument which suits Siannie’s inclusive music tastes. She delights in sharing her passion for Gaelic, folk, historical and traditional music from Scotland and other Celtic nations, as well as sing-a-longs and classical music too. Her performances inspire listeners to relax and settle in for a fun and harmonious concert with melodies to soothe the soul and harp playing to wonder at. Siannie began learning the clàrsach after trying one as a child in her home of Ross-Shire in the Highlands of Scotland. After being taught her very first tune – a beautiful Gaelic Air – she was hooked and has never looked back.

Highlights of her career include performing solo at prestigious music festivals and venues, from Usher Hall to Belladrum Festival, and creating musical projects that benefit local communities. She also tours with her music to many other countries, showcasing Scottish music abroad and collaborating with local inspiring musicians.